“Enabling giving, based on sound evidence“

Giving Evidence works to get charitable giving based on sound evidence. It was founded by Caroline Fiennes, an acclaimed author and former award-winning charity CEO with over 10 years experience advising donors and charities. We work on improving the evidence ‘system’ across charities and philanthropy, and advising donors and foundations on an individual basis. 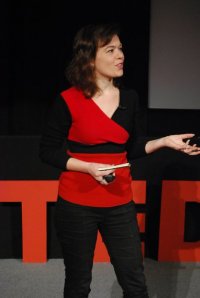 To be effective, donors and non-profits need to use evidence: evidence about (i) what’s needed, (ii) what works, (iii) what the intended beneficiaries think of it, and (iv) what other entities are already doing. This is (obviously) important because some charitable interventions are much more effective than others, and only decent evidence can show which are which. Hence sound evidence is essential for giving to achieve much. This FT article rattles through the case for using evidence in charities and giving.
Yet evidence-based giving is current hard, and often impossible because the evidence doesn’t exist, or is unreliable, and/or is hard to find. So Giving Evidence works on this – on improving the quality, findability, and hence use of sound evidence by both operating non-profits and donors. We work on the ‘evidence system’.
For example, we have:

We raise donors’ awareness of the importance of good evidence e.g, by writing and speaking in the press and at events.

Giving Evidence changes the debate about evidence of charities’ effectiveness. We produced the first data that charities’ admin costs don’t indicate their effectiveness, and analysis showing the evaluation of the first social impact bond won’t show whether it’s worked.   This outlines our campaigning work:

More information about Giving Evidence’s services for donors and recent client engagements is here. This 90 second video outlines how we help donors:

Caroline Fiennes founded and directs Giving Evidence.  She is one of the few people whose work has appeared in both OK! Magazine and the scientific journal Nature. She is a Visiting Fellow at Cambridge University, and for three years wrote the ‘how to give it’ column in the Financial Times, and has advised many donors of many types on many issues over many years and in many countries. She often speaks at conferences and in the press, and is on boards of The Cochrane Collaboration (specifically Evidence Aid ), The Life You Can Save founded by ethicist Peter Singer, and the (amazing) Flemish Red Cross. She has worked with J-PAL at MIT and with its sister organisation Innovations for Poverty Action. She is described by Nobel Laureate Richard Thaler as “charmingly disruptive” 😉

Our Advisory Committee informs and supports all our work and approach.

Dr Sylvia McLain is a physical scientist, with a PhD in Chemical Physics who has worked at the intersection of Physics and Biology. She raised funding for, and ran, her own research at Rutherford Laboratory, Oak Ridge National Laboratory in the US, King’s College London and the University of Oxford, where she led a research group. She has published in leading peer-reviewed academic  journals, won awards for research, given 40+ invited scientific and public talks and panel discussions.
She was for four years a raft guide on the Chattooga River in South Carolina

Dr Helen Owen is a PhD epidemiologist, with experience of various types of data-collection and analysis, both in the developed and developing world. She has studied anti-malarial bed-net distribution, and taught at the London School of Hygiene and Tropical Medicine. She is working with Giving Evidence on a study of foundation effectiveness.

Isabel Kelly, director of Profit With Purpose, is a long-time colleague and ally. We collaborated on a strategy review of the Stewarts Law Foundation (a corporate foundation).

Katherine Cowan is an expert in collaborative approaches to prioritising research questions, as such is Senior Advisor to the James Lind Alliance which prioritises unanswered questions for medical research. She is working with Giving Evidence on our project around creating a mechanism for prioritising unasnwered questions around intensive animal farming.

Jess Haskins has worked on research and evaluation in health, quality improvement, criminal justice and philanthropy, and in social research in government for many years. Whilst at the National Offender Management Service (NOMS), she led research, evaluation and informative projects to improve capability and understanding of both commissioners and providers around evaluation and measurement of impact. Specifically, Jess advised on improving evaluation capability. She has spoken at a number of high level conferences, workshops, and panel events on the value of evidence, and use of high quality impact evaluations. Jess has worked at the University of Bristol on methodological projects relating to understanding bias in systematic reviews.

Dr Leonora Buckland has worked with Giving Evidence on the study of a C&A Foundation programme and on mental health. She has worked for various organisations in social entrepreneurship, social investment and philanthropy, including the Skoll Foundation, the Venture Partnership Foundation, and the London Business School. She has written for the Stanford Social Innovation Review on microfinance and European venture philanthropy, and wrota e report on European banks’ social and impact investment. She has worked in strategy consulting and in the civil service. She has a 1st class degree from Oxford University, a Masters in International Economics from SAIS, Johns Hopkins University and a PhD from Oxford University.

Diego Escobar worked with us on the work in Latin America for the Inter-American Foundation. Based in Mexico, he is Honorary Research Associate at the UCL Institute of Education’s EPPI-Centre, where he is involved in conducting systematic reviews. Previous work in the University of Guadalajara, the Ministry of Culture of Jalisco and as an independent evaluator for national and sub-national government agencies in Mexico has been both research and practice orientated, focusing on institutional development for accountability and effectiveness in the areas of social development and the arts. He has a master’s degree in Philosophy and Public Policy from the London School of Economics.

Giving Evidence has several times worked with University College London’s EPPI-Centre (Evidence for Policy and Practice Information and Co-ordinating Centre), on producing systematic reviews; and twice worked with Keystone Accountability. Various other people advise on the design of our projcts on request, including Dr Ben Goldacre, and Professor Mike Clarke, former Chair of The Cochrane Collaboration globally.

Contact. To book Caroline to speak, or for advice about your giving, contact admin [at] giving-evidence [dot] com