Free for you: Insight on what works

The government’s new What Works Centres should be awesome. And they should be a fantastic and free resource for charities and donors and others, which we can use to dramatically improve effectiveness. 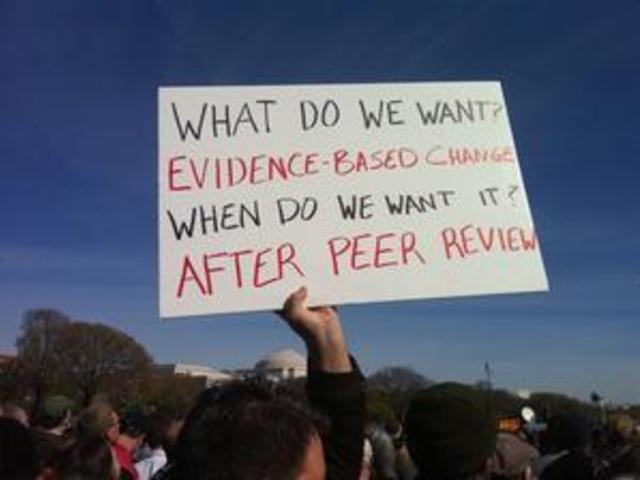 What are you on about?

Wouldn’t it be a good idea if government pr

ogrammes, rather than being based on hearsay and prejudice, were based on some assessment of whether they’ll actually work, for example by looking at what mankind has already discovered about similar programmes?

Well, yes, obviously. So the surprise isn’t that these What Works Centres are being set up now, but that they’ve not been set up before.

Everybody knows that some interventions work and some don’t. Schools vs. trepanning come to mind, respectively. We also know that some interventions work better than others, and that some only work in particular circumstances. But it’s hard to figure out which are which: the evidence is disbursed, complex and varies in reliability. Hence horribly few decisions about government spending are based on decent evidence, and probably horribly few in charities and foundations too.

The What Works Centres are being set up by government to collect and sort out the evidence in five areas of UK domestic policy: Ageing Better, Reducing Crime, Local Economic Growth, Early Intervention, and Education. They’ll be funded by central government and to some extent by the Big Lottery Fund, and run independently of government.

Yes. The Centres will make freely available the data they find and their analysis of it. Charities and donors in those sectors will get access to top-notch analysis of the evidence on which they can base decisions – for free. You could hardly make it up.

The education centre will be run by the Education Endowment Foundation (which has £125m of government money, run outside government, to figure out how to improve education for 5-16 year olds in England). They’ve already started analysing the evidence on loads of education interventions and publishing it for free, and it’s very handy for many charities, donors and schools.

It is. NICE collates, analyses and publishes evidence on health interventions, in order to decide which should get funded by HM Taxpayer, and the idea of the What Works Centres was first dubbed ‘a NICE for social policy’.

NICE will be one of the What Works Centres. There will be four new centres, which with EEF, make six in total.

Indeed. So the modelling on NICE – and health care generally – is important and instructive. Often in health, something will work differently on some people than in others: Asian bodies metabolise some drugs differently from European bodies, for example. Hence the What Works Centres will look at what works when, and why, and what needs to be in place to get it to work. This is pretty standard in social science research as well as in health: the systematic reviews by the International Initiative for Impact Evaluation in international development, for example, look at this.

Isn’t this the government telling us what to do?

No. It’s the government making public the evidence for what it’s doing, and if we want to use that evidence to inform our decisions, then we can. If we read their analysis and think it’s rubbish, we can ignore it. And if we’d prefer to make decisions based not on evidence but on hearsay and prejudice, then I guess we can, though it’s hardly likely to optimise performance.

Won’t all this inhibit innovation?

No. It will focus it, improve it and amplify it.

Clearly, the purpose of innovation is to find whether a new idea works better than the best existing idea. So we need rigorous evaluations to see whether any particular innovation is worth having. If it is, we should share the idea; if not, we should kill it. The What Works Centres should be very valuable here, in doing that evaluation and getting out the mega-phone when we find an improvement.

For those of us keen that charities and giving be based on evidence, this is a boon.

This entry was posted in Effective giving, Impact & evaluation. Bookmark the permalink.