Posted on November 19, 2015 by carolinefiennes

In 1929, Werner Forssmann, a junior doctor in Eberswalde, Germany, found in an obscure 19th century journal a diagram of a man passing a tube through a horse’s jugular vein into its heart to measure changes in ventricular pressure.

He wondered if it were possible to investigate human hearts in a similar way. His seniors said he was crazy for asking and told him to go back to work. Undeterred, he sneaked into the x-ray room, made a slit in his own arm, threaded a small tube into his own heart and took some x-rays showing the position of the tube.

Then, in 1956, he won a Nobel Prize for, in effect, co-founding the field of cardiology.

Acknowledgement of unknowns and the curiosity to explore them has helped mankind hugely. So I’m surprised that curiosity is scarce among colleagues in charities and philanthropy, given that so much is unknown.

For example, what happens to educational results as we vary class sizes, duration or terms? Or what if, like the Khan Academy, we invert the traditional model to give students online lessons at home and spend time with teachers at school doing exercises and problems?

In anti-poverty programmes, are data on people’s income affected by  the gender of the surveyors who gather the data, and/or if the data-collection uses paper or electronic devices? Clearly we need to know whether the measurement tool affects the results. What does the literature say about how charities can best collaborate? Are there inexpensive short-term marker outcomes that reliably predict the long-term outcomes we really care about? When can beneficiaries’ perceptions of an organisation be used as a reliable proxy for the organisation’s effectiveness? After an earthquake, is it better to pull people painstakingly from the rubble, or to amputate the trapped limbs, yank them out and move on to the next person? And does it matter in terms of outcomes that, as the Stanford Social Innovation Review recently reported, non-profit board places are increasingly being occupied by the rich? These questions might all affect our success, yet all remain unanswered. 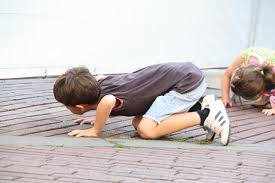 So Santa, I’m not sure if you deal in abstract nouns, but what I’d love you to bring this year is more curiosity.

Please bring some for donors, foundations and operating organisations, because they all have many practices that probably could be usefully questioned. On donors, do the expert panels that assess grant applications make better decisions than those made by flipping a coin? Do the type and extent of a funder’s engagement with grantees affect outcomes? When should donors make a few large grants and when should they make loads of small grants? Can donors’ existing data be used to predict whether or not a particular grant or organisation will succeed? So incurious are most donors that Clara Miller, president of the FB Heron Foundation, which helps low-income people and communities in the US, says that “most philanthropy is a culture of bureaucracy; it isn’t a culture of discovery“.

The instinct to see and answer myriad questions like these could help us to understand and achieve much more – but we do need curiosity.

Santa, can you help?

How to save time & money by using research that already exists?–>