Don’t spread the love with your Christmas charity giving

Posted on December 11, 2016 by carolinefiennes

This article first published in the Financial Times in December 2016.

One big donation will be more effective than several smaller ones

Would you prefer to receive one big present this Christmas, or lots of little ones? Your

inner child will tell you that holding out for one major gift that you really want is often the best choice. And the same goes for charities, who will benefit from one big donation this Christmas rather than numerous small gifts.

In my last How to Give it column, I told you how the insurance group Aviva has been inviting public involvement to give away £1.75m to “at least 800” non-profit organisations. Yet the evidence suggests that making numerous small gifts is not a good idea.

Though not conclusive, the evidence implies that Aviva’s money would achieve much more if it were split into fewer, bigger gifts.

The first reason is because non-profits vary in how good they are, so it is important to identify the good ones. It is harder to make 800 good decisions than it is to make, say, five.

Most non-profits are dealing with social or environmental problems which are complicated (if they weren’t, they’d have been solved by now). Warren Buffett famously said that “philanthropy is . . . tackling problems that have resisted great intellects and often great money.” Compared to business, he says philanthropy “is a tougher game”.

Thomas Tierney, formerly CEO of the consultancy Bain & Company who now chairs the non-profit consulting firm The Bridgespan Group observes that the median grant made by America’s larger foundations is less than $50,000. “How many social problems can be solved with $50,000?” he asks. “Not many, I would venture to say.”

Investors might seek to avoid ‘concentration risk’ by diversifying their funds across hundreds of companies, but in charitable giving, the opposite applies. Having decided which problem we want to prioritise solving, the next step is to ascertain which organisations are well-placed to do that.

For example, the MacArthur Foundation is currently offering a $100m grant “to solve an important problem; to create meaningful and durable change.” 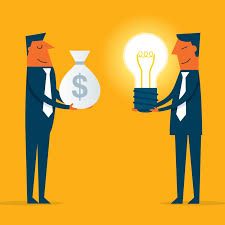 The benefit of making a few big gifts is borne out by the experience of the Shell Foundation which published analysis of the success of its grants versus how they were made. It started out, like many donors do, by making lots of small, short-term grants. Unavoidably, it didn’t know much about each recipient. Its analysis showed that only about 20 per cent of those ‘spray and pray’ grants succeeded.

Over time, Shell Foundation became more focused, eventually having just a handful of grantees and being very involved in them all, putting $10-$15m into each one over five to seven years. That model tripled its success rate: lately about 60 per cent of grants have succeeded, with outright failures having fallen from about 40 per cent to 10 per cent.

The famous philanthropist Andrew Carnegie wouldn’t have been surprised: “Put all your eggs in one basket . . . and then watch that basket.”

A second reason why bigger is beautiful is transaction costs. There is work for a non-profit in finding funding, managing that relationship, reporting back and so on. Even ‘normal’ donations — say £50 — often generate transaction costs in bank charges or credit card fees, and transaction costs are proportionately higher for small gifts meaning that more of the total pot gets consumed in administrative fees. (It is sadly ironic that donors sometimes think that a charity can be judged by how low its admin costs are: in fact those costs are often driven by the behaviour of donors, not the charity itself).

Research by the US Center for Effective Philanthropy shows that the average time which
non-profits spend to raise and manage $100,000 is nearly six times higher if donors’ grants were $10,000 rather than $100,000. Raising and managing one large grant takes staff, on average, 12 hours, versus 70 hours for the smaller grants. It also found that the median grant provides just 3.8 per cent of the recipient’s budget, so operating non-profits are on average managing relationships with at least 26 funders.

The cost of raising funds in the commercial sector is around 3-7 per cent for an IPO. By comparison, charities often pay over 20 per cent to raise funds, usually because funding an operation of any size entails chasing umpteen grants because those grants are so small.

So to the donor who wrote to me in response to a previous column asking how to spend his family’s foundation £10,000 income, the answer is simple: make a single gift. And then use the time which you would have spent making other grants to help that one organisation.

I see the value of large gifts with some donors I work with directly. One family foundation, for instance, has made gifts of £500,000 lasting five years. Now a few years into those grants, it is conspicuous that the recipient organisations have each built substantial new practices: the size and flexibility of that funding enabled them to just get on with their work and not waste time scrabbling about for money.

When I first started in philanthropy, I was struck at hearing Vanessa Kirsch, who had

founded various charities in Massachusetts, say that non-profit CEOs spend masses of time — sometimes half their time — dealing with funders. “These leaders have incredible ideas for solving important issues such as child literacy . . . but they can’t focus on that because of they’re constantly dealing with fundraising.”

Surely as donors, we would better free these visionaries to focus on solving these complicated problems. This is something for us all to reflect on as we make our own charitable gifts this Christmas and beyond.

This entry was posted in Effective giving. Bookmark the permalink.