Giving suggestions for this Christmas

Posted on December 18, 2017 by carolinefiennes

If you, like millions of people, want to give this Christmas / holiday season, the following are all good bets, in our view:

Medicins Sans Frontieres: They always seem to be to be where the sh*t is worst, e.g.,

Yemen, Rakhine province in Myanmar (where the Rohinga live/lived). We’ve never formally analysed them but all our contact with them and literature we’ve seen from them implies that they have their act together.

All Trials: The campaign to get pharmaceutical companies and others to publish the results of ALL the clinical trials that they run (and have ever run) and not just the ones that flatter their products. It’s thought that only about half of trials are ever published – so masses of insights are locked up in science which nobody can read. People die and suffer a lot from this. And it’s not just ‘other people’ ‘over there’ who are affected: we all get caught by this. The UK government spent nearly £ half a billion a couple of years ago stockpiling some drug, most of the unpublished trials of which showed does jack all.}

No Lean Season: My all-time poster-child for how to use evidence in developing a programme. It’s about preventing annual starvation super-cheaply, for only about $11. It started in Bangladesh & now they’re exploring taking the model elsewhere. Caroline wrote about it in the FT: Mushfiq Mobarak, a Bangladeshi national now tenured at Yale, said that my piece made his parents finally understand his work!

WIEGO (Women in Informal Employment: Globalising and Organising): works with

pretty-much the poorest of the poor – street hawkers, waste-pickers, domestic workers, and others who don’t have employment-based social protection. It helps them to self-organise and get more rights. For example, helped ‘head porters’ in Ghana’s largest market (people who carry things on their heads, who are from a downtrodden ethnic group) to get access to government health-care which was ostensibly universal.

Give Directly: which does international development by just dishing out cash to the poor rather than running ‘programmes’. It seems – from evidence from properly-run rigorous trials – to work great. It is obviously pretty disruptive in the aid world, where most people’s jobs are designing and running ‘programmes’. It was set up by a few academic economists on the basis of experimental evidence about how effective an approach this is.

Index on Censorship: because locking up journalists is bad news. Nobel Laureate Amartya Sen: “There has never been a famine in any country that’s been a democracy with a relatively free press”, so free speech and free press is a development issue.

Full Fact: UK fact-checker,  which routinely calls out nonsense spouted by the government, public agencies and others, and gets corrections printed etc. It seems an important part of the battle right now.

Alternatively, there is this fine recommendation from Private Eye: 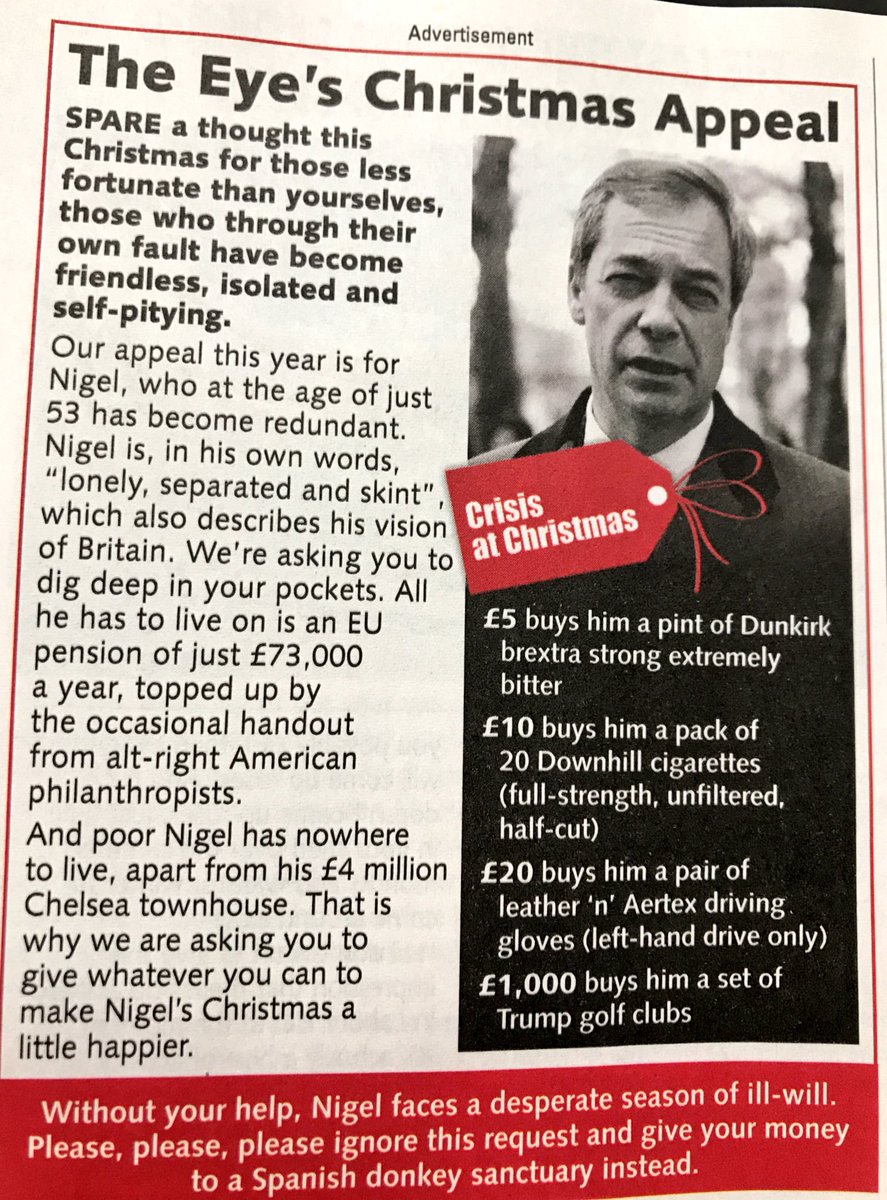