Choosing causes and charities: look for problems that are big and under-funded

My financial resolution for this year – as flagged by FT Money earlier this month – is to review the charities in my will. 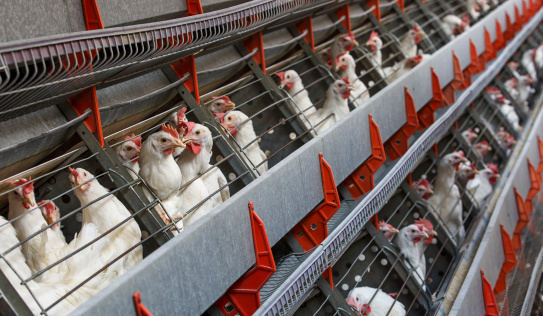 I wrote my will a while ago in some haste, and chose the charities in the way that I suspect many people do: I listed the causes that I care about, then wrote down the first charities working on those issues that came to mind.

This is a pretty rubbish process, as we shall see.

FT Money reported on a recent poll which asked Brits aged 50 or over which charities they had written into their will or would consider putting in it. All of the four charities atop the poll serve animals: they are, in order: Cats Protection, Battersea Dogs and Cats Home, the Dogs Trust, and the RSPCA.

All four have under-spent their revenue for at least the last four years.

Even if the Dogs Trust were the sole dog charity, its revenue equates to £11.51 for every dog in the country. By contrast, Dementia UK, for example, gets only enough revenue to provide £8.17 for each person who has dementia. (And there are many more charities concerned with dogs than with dementia: 172 against 101, according to the register of charities in England and Wales.)

A better method of choosing a charity is, first, to select a cause; second, to dig around in order to identify what the main problems really are; and only then to find a charity which is effective at solving them.

For general donations rather than bequests, animal welfare is Brits’ second most popular cause, pipped only by medical research.

Which animals are most likely to be poorly treated and therefore in greatest need of help? To throw some light on this, independent analysts Charity Entrepreneurship researched the welfare of six types of wild animal and seven types of intensively farmed animal. They used eight criteria, such as the likelihood that the animal feels pain, the extent of restrictions on its movement, and the chance of it being hungry, thirsty or anxious. This creates a score for each type of animal, ranging from +100 for an ideal life, to -100 for “a perfectly un-ideal life”.

In short, if, in your next life, you are reincarnated as an animal, try not to be factory farmed. Charity Entrepreneurship’s analysis found that factory farmed turkeys and chickens have the worst time, scoring only -57. You’d be better off as a wild rat, which scored -28. Of the animals considered, wild chimps fare best, scoring +47.

There are a lot of factory farmed animals. In the US alone, over 8 billion chickens are killed annually for human food. By contrast, the UK has only about 8 million cats.

You don’t even have to care about animals to be concerned about factory farming. There is a well-documented link between factory farming’s intensive use of antibiotics, which get into our bodies (including, through the water system, of people who don’t eat meat at all) and make us resistant to antibiotics.

Open Philanthropy was founded to identify important causes and high-impact charities within them, primarily to advise the giving of one of Facebook’s co-founders. Using the same logic as Charity Entrepreneurship, it works on factory farming, and advocates funding The Humane League. Its aims include eliminating battery cages, and it has secured pledges from over 1,000 companies to become cage-free. (These are listed on its “ChickenWatch” tracker).

Campaigning against chicken cages is quite different from caring for stray cats, but you can see how that choice can emerge from an understanding of animal welfare, in terms of which animals fare worst and the relative size of their populations.

Choosing charities should always start by understanding the problem that we’re trying to solve.