When charitable donations cost more than they give

Posted on November 8, 2016 by carolinefiennes

This article first published in the Financial Times in November 2016.

Some charitable donors are a net drain: they cost organisations they seek to help more than they contribute. Others come pretty close, costing nearly as much as they give. 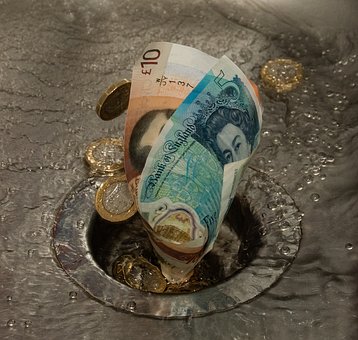 When I was a charity chief executive myself, I personally handled a gift from a foundation. Dealing with it before and after we received the money cost us 90 per cent of amount it gave us.

Aviva’s Community Fund may be another salutary example. It has recently been inviting “community projects” to apply for a share of £1.75m, and says it will fund “at least 800” of them. We’ll return to the question of whether splitting funds into numerous small grants is a good idea. For now, let’s focus on the fact that Aviva’s applicants must get loads of people to vote for them in an online poll. This is partly a popularity contest; nearly 4,000 organisations have registered.

Simply by dividing 4,000 into £1.75m, we can see that if applicants spend on average £437 or more dealing with Aviva, this programme will be a net drain on the system. That could happen quite easily. If a fundraiser is paid, say, £30,000, then with on-costs such as National Insurance, desk space and so on, they cost their organisation around £50,000 a year, or £200 a day. If each application occupies such a person for one day — completing the form and rustling up votes — that costs the charity sector nearly half of what Aviva is distributing. If they spend a little over two days, that annuls Aviva’s contribution completely.

Drumming up votes normally takes applicants considerable time. Using volunteers does not solve the problem because of the opportunity cost of their time: they might otherwise be doing something more productive for the organisation, such as serving its beneficiaries or raising less expensive funds.

Aviva’s application process is costly in two ways: first, it invites many more applications than it needs; and second, it is laborious. Sadly, it is not alone in this. NatWest enticed 5,811 organisations to apply for its Community Force programme in 2012. This was 17 times the number it needed, so it rejected 93 per cent of them — after requiring each to spend time soliciting votes.

Donors and philanthropic programmes cannot always accurately predict the number of organisations that apply. For instance, the Cabinet Office’s Social Action Fund was deluged initially, ending up with 700 applications, nearly 40 times more than it could fund, forcing it to reject 98 per cent of them.

But donors can help. For example, BBC Children in Need noticed some time ago that it was rejecting three charities for each one it supports. Sheila-Jane Malley, its director of grantmaking and policy, said: “We’re painfully aware that every application which doesn’t get through was work for somebody.” It then looked to see how to prevent much of that work.

Similarly, the Open Estonia Foundation, which sponsors various competitions, found that it had “a huge number [about half the total] of applications that have nothing to do with these competitions”, according to its programme director Katrin Eno. So it posted much more detailed application guidelines on its website, which reduced ineligible applications to about 10 per cent.

Some funders ditch the application process altogether, instead leveraging the screening that somebody else has already done. Even the mighty Bill and Melinda Gates Foundation does this. When the Henry Smith Charity (a large and venerable foundation based in London) wanted to fund community-based organisations in the north-east, it partnered with the Community Foundation for Tyne & Wear and Northumberland. It is the job of community foundations to know about local issues, and to find and screen locally based non-profit groups that are addressing them. If Aviva — or anybody else — wants to find such organisations, the relevant community foundation or its national network, is a good start.

The first rule of medicine is to “do no harm”. Responsible donors observe that too, by ensuring that they — at a minimum — donate more than they cost

Reducing the workload of applications is harder than it sounds. A study of medical funding in Australia found that an attempt to do this by “streamlining” — reducing the number of required data fields from 180 to 68 — shortened the applications (from about 100 pages to about 50) but increased the time it took researchers — from 34 days per application to 38 days. This is the only study I’ve ever encountered comparing the workload of two application processes, and it shows that it’s worth measuring and then managing properly.

The first rule of medicine is to “do no harm”. Responsible donors observe that too, by ensuring that they — at a minimum — donate more than they cost.

This entry was posted in Effective giving, Impact & evaluation. Bookmark the permalink.

1 Response to When charitable donations cost more than they give